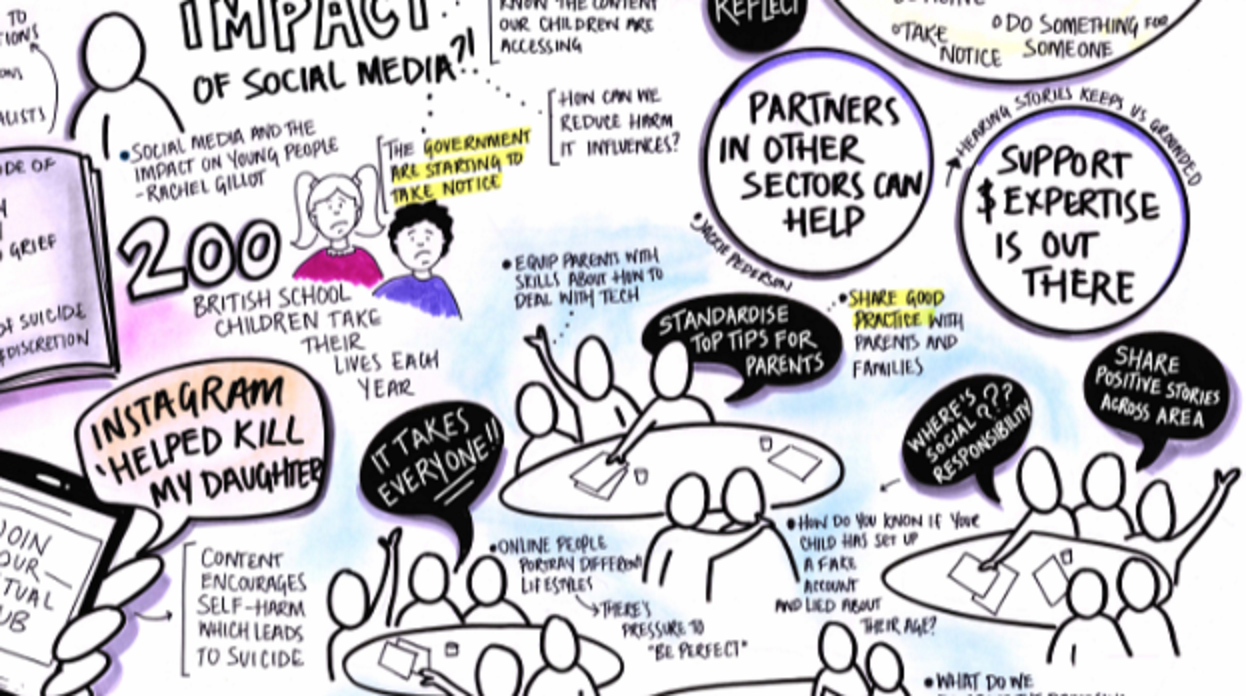 A Doncaster poet, who penned the words to a short film which aims to reduce suicides amongst young men, has today joined health professionals from across South Yorkshire to discuss the best way to ensure families bereaved from, affected by or exposed to suicide receive the support they need.

Earlier this year JB (JB Barrington) wrote and narrated a poem which was used in Doncaster’s #anotherway video (https://www.youtube.com/watch?v=LQtWXAJug3o), which has since reached more than half a million people worldwide.

South Yorkshire and Bassetlaw has a higher suicide rate than the England average, and the impact of suicide is complex and the effects are profound; not only on the family and friends of the person who has died but also on the wider community. In recognition of the importance that those who are bereaved from or affected by suicide receive the support they need, partners across the health and social care system are working together to develop a consistent approaches which is informed by the experiences of those living in South Yorkshire and Bassetlaw.

Attendees of the Bereavement by Suicide Event, which was organised by the South Yorkshire and Bassetlaw Integrated Care System, heard from Dr Sharon McDonnell who specialises in suicide bereavement research from The University of Manchester, as well as JB Barrington, and also heard about the experiences of those living in South Yorkshire and Bassetlaw who have been bereaved from or affected by suicide.

The aim on the back of the event is to develop a shared ambition as to how everyone in South Yorkshire should respond to suicide as a community.

The event is the latest in a string of events organised by the South Yorkshire and Bassetlaw Integrated Care System, which aim to reduce by 10% the suicide rates in the region, as well as improving the support for people living in the aftermath of suicide. In May professionals came together to hear from Barnsley author, Jonathan Lee* who shared his experiences of being personally affected by suicide, and watched a film featuring three further bereaved local families. The topics of conversation at that event also included how social media impacts on young people, featuring high profile examples of suicide linked to social media.

“Sadly, more people in our region take their own life than they do in other parts of the country and although great effort is made at a local level, by joining together as health and care partners across a wider area, we can go much further and hopefully make a real and lasting difference to people across South Yorkshire and Bassetlaw.

“The effects of suicide are profound.  Not only on the family and friends of the person who has died but also on the wider community. I believe we all have a responsibility in our many different roles to look after each other better and think about the impact we all have as individuals, organisations and partners.”

The workshop is just one part of a partnership approach to reducing suicides and will be supported by local campaigns and improved support available to people across South Yorkshire and Bassetlaw; including comprehensive training programmes, a retrospective coroner’s audit – a psychological autopsy – allowing partners to examine the circumstances leading up to someone’s death to understand whether anything further could have been done by services or the local community to support that individual; thereby supporting others better in future, real time surveillance of known vulnerable or “at risk” people; and improved  bereavement support co-produced by those who have been affected.

If you are suffering in the aftermath of suicide, or need to talk to someone, please contact   Samaritans on 116 123 or email jo@samaritans.org or visit the NHS website: https://www.nhs.uk/conditions/suicide/