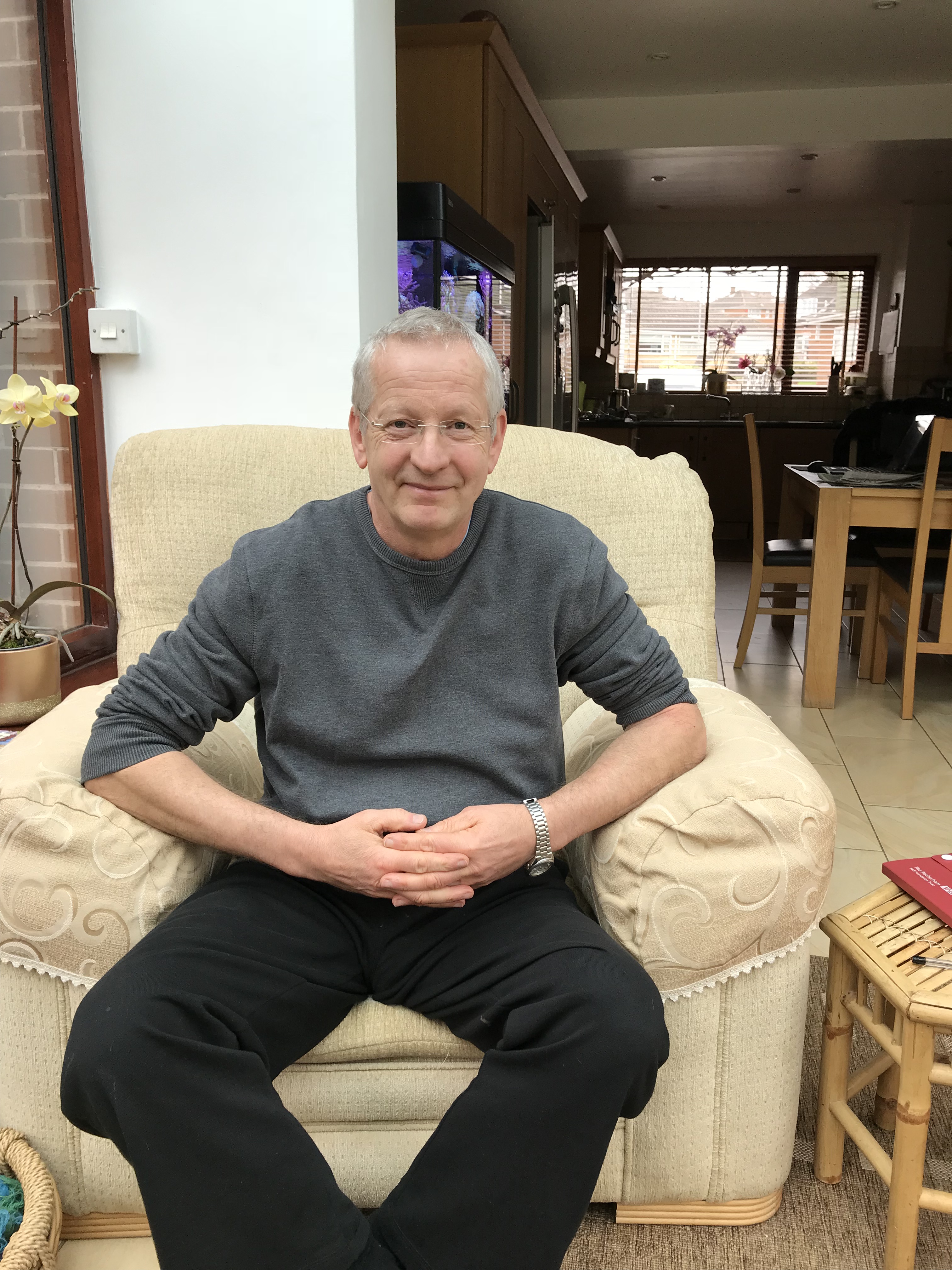 A South Yorkshire man is sharing his bowel cancer journey to encourage others to visit their GP if they have symptoms.

Michael Gray, from Rotherham, was finally diagnosed with bowel cancer in 2013 after ignoring his symptoms for months. He is telling his story in the hope that he can encourage other people experiencing symptoms to see their GP sooner.

Michael first began experiencing symptoms, such as constipation and blood in his stools, when he was aged 55 but put off seeing his GP through the fear of what the diagnosis might be.

Michael explains: “I googled my symptoms and it was clear that they were symptoms of bowel cancer but my thought process was if I didn’t have a proper diagnosis then it might not be happening. I had lost both my dad and mum to different cancers in a short space of time not long before my symptoms started, I’d seen what they had gone through and didn’t want to face that.

“I continued to ignore my symptoms but I knew they were getting worse. My wife bought a faecal test from the pharmacy and eventually I decided to use it, straight away the indicator went up to show there was blood in my sample. At this point it was clear I needed to go and see my GP, I was reluctant to go because I hadn’t been to the GP for anything for over decade but I finally went and that was the start of my journey to recovery.”

Michael was referred to the hospital and after a number of tests he was diagnosed with a tumour in his lower bowel, his treatment included surgery and a temporary ileostomy. Because the cancer had spread to his lymph nodes Michael also needed 4 rounds of chemotherapy, something that may have been prevented if he had seen his  GP sooner and been diagnosed earlier.

Five years later, and after a number of operations to reverse his ileostomy, Michael is now on the road to recovery and looking forward to the future.

He said: “I am grateful that I am now well again and can get on with my life but I do wish I hadn’t ignored my symptoms for so long. What I would say to people in a similar situation is go to see your GP as soon as you have symptoms, it may seem daunting but they are there to listen to you, the sooner you see them the sooner you can get it sorted.”

Dr David Crichton, GP and Early Diagnosis Clinical Lead for South Yorkshire, Bassetlaw and North Derbyshire Cancer Alliance, said: “Bowel cancer symptoms can include; blood in your poo, a persistent and unexplained change in bowel habit, unexplained weight loss, unexplained tiredness or a lump or pain in your abdomen. If you experience any of these symptoms arrange to see your GP as soon as possible. Your GP is there to listen to you, you’re not wasting their time – tell them all the symptoms you have been experiencing, no matter how small you think they are.

“Most people with these symptoms don’t have bowel cancer but it is better to see your GP so you can get a diagnosis as soon as possible.”

For more information about bowel cancer, including symptoms, see www.bowelcanceruk.org.uk/about-bowel-cancer/symptoms/.