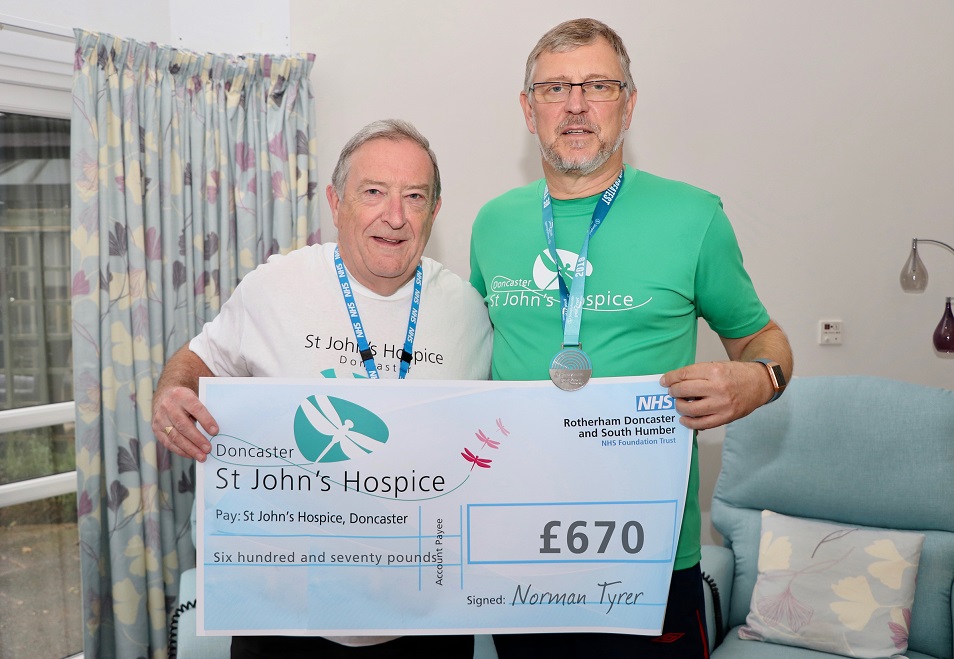 Norman Tyrer took on the challenge in order to raise money for the Balby based hospice where his father-in-law had attended the day centre.

He managed to raise a staggering £670. This included donations for his run as well as money collected at his father-in-law’s funeral.

Norman said: “I wanted to raise money for the hospice where my father-in-law visited to give back to them for the great work that they do. It’s 15 years ago since I last did the run so I have been training at the keep fit class at the school where I work for a while now and I’ve never felt better. I felt amazing when I had finished the run. I am amazed at the generosity of people and so grateful for all the donations.”

John Wells of St John’s Hospice said: “We are so grateful for this donation, the money raised will be used well and it’s truly appreciated by patients, families and staff. Norman did a great job doing the Great North Run. Well done!”

To know more about supporting your local hospice by becoming a sponsor or to fundraise by holding an event, please contact the fundraising team on 01302 796662 or 01302 798391. Alternatively you can donate here: