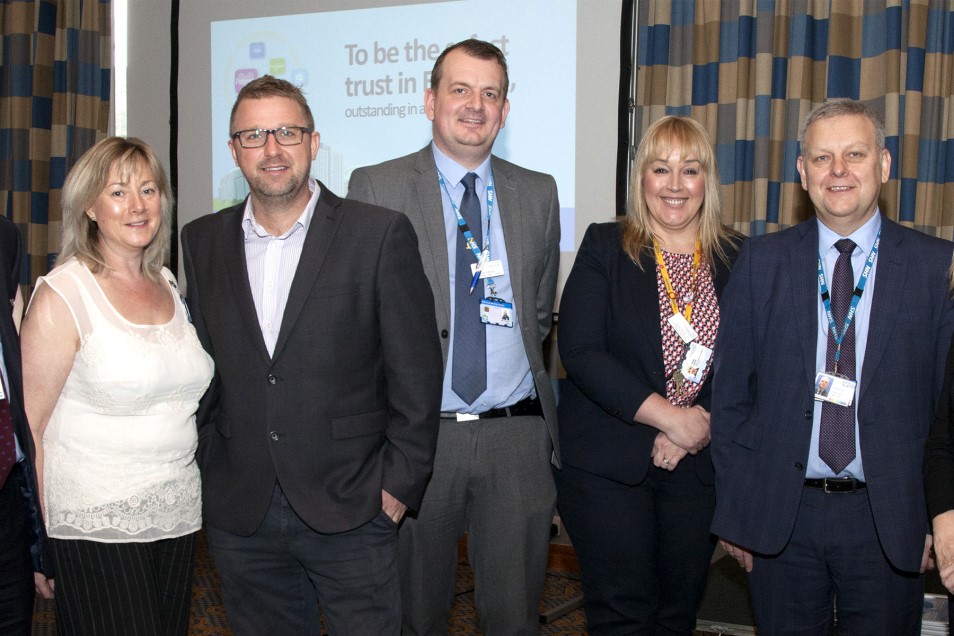 Doncaster and Bassetlaw Teaching Hospitals (DBTH) were the proud recipients of two accolades at this year’s Leading Healthcare awards.

Celebrating significant accomplishments from across the healthcare sector, this annual ceremony spotlights the very best that the NHS has to offer, whilst also recognising the contributions of individual teams that have gone above and beyond. The programme consists of 14 categories, including prizes for the best partnership, most innovative technological solution, and standout clinical improvement.  Over the course of this year’s evening, DBTH scooped up two of these awards, one for excellence in communication and engagement and the other for strides made in patient safety.

The later accolade was bestowed to the Trust for its forward-thinking ‘’Sharing How We Care’’ (SHWC) scheme, which saw wards and departments working together to adopt new initiatives and share best practice. Among other things, the organisation introduced: a simple-yet-effective system for monitoring how much individuals are drinking - and whether or not they are at risk of dehydration -  a scheme to promote healthy nutrition - by ensuring that mealtimes are always protected - and increased visiting hours to support patients in seeing their loved ones.

SHWC also motivated the Trust’s decision to go smoke free in May 2019, meaning that tobacco consumption and vaping were no longer permitted anywhere on hospital premises. The intention behind this approach was to make the environment safer for everyone, whilst also taking a more proactive stance by offering additional support to any smokers who were admitted to the Trust.

Eager to share all the learning that came about as a result of these changes, the patient safety team oversaw the creation of a monthly SHWC newsletter. Focussing on aspects of the patient experience, and highlighting improvements that have been made in clinical areas, this update is sent to all colleagues at the Trust and has been met with resoundingly positive feedback so far.

Complementing the bulletin, the team also devised a bi-annual conference, the most recent of which was attended by more than 150 local nurses, doctors and healthcare professionals and was filled with insightful workshops and eye-opening lectures.

As for the excellence in communication award, this one went to DBTH for the overwhelming success of its traffic light hat appeal. Last year, the organisation took to social media to ask local knitters if they would generously donate their time to make red, amber and green headwear for by new-born tots. These garments are incredibly important, as they signal the level of care that is required for the wearer, specifically in relation to their temperature. These hats are used within the first 24 hours of the infant’s life and are then taken home as a keepsake for the parents.

The phenomenally effective campaign began in earnest in February 2019, during which time the Trust flooded social media with pictures of the hats in use, guidance on how to knit them and messages of thanks to those who helped. These messages were so successful and wide-reaching (engaging over 400,000 people) that before long the team were receiving donations from across the globe, including places like New Zealand, Dubai and France. Although the original aim was to collect 100 garments, the actual number ended up being well over 10,000.

Receiving local and even national attention in the press, the successful campaign eventually caught the eye of BBC’s One Show, who came down to the Trust to see the impressive haul and interview staff. The five-minute segment aired in June.

Speaking about the award wins Richard Parker OBE, Chief Executive, said: ‘’On behalf of the team, I am so pleased that we have been recognised in this way. During these extraordinary times, it is so nice to look back at the innovations and developments we have undertaken as a Trust and it reminds us to look forward to a time when we can return to these kinds of projects. Well done everybody.”

The Leading Healthcare Awards were live streamed on Thursday 2 April 2020. The full list of nominees and winners is available here.