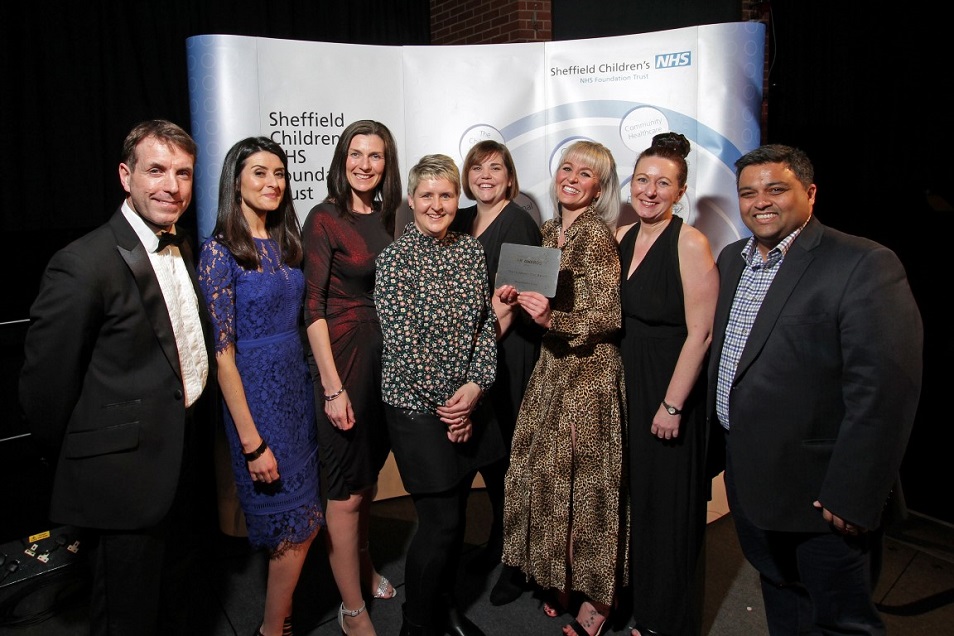 Young people and their families who have received treatment at Sheffield Children’s NHS Foundation Trust in 2019 are being encouraged to make a nomination for the Children’s Star Award 2020.

The Star Awards, sponsored by NHS Professionals, have been running for nine years. Last year, Laura Butler from Neurosurgery won the individual Children’s Star award. In the nomination Laura was described as a ‘shining star’.

Jenny, whose son was on ward 5 in 2018, said: “Laura brightens up the room when she walks in and everyone wants to have their children looked after by her. She’s given me much more confidence to put my thoughts across and makes my little boy laugh, even when he’s extremely poorly. She’s made my daughter want to be a nurse as she wants to be just like her. We’re a regular on the ward and In the hospital and I’ve not come across anyone like her. She’s absolutely made to be a children’s nurse and is one in a million. We can’t thank her for everything enough.”

The Sleep Service Team won the team Children’s Star award with some great nominations from a number of families, here are some examples:

Holly Painter, a parent whose daughter was looked after by the sleep team, said: “From the moment we met Janine and Heather, we knew instinctively that we were with the best clinical team we could ever have hoped to find. Janine and Heather welcomed us to their ‘narcolepsy family’ that they have created and we immediately were full of hope and in very safe hands with all the support and care we could have wished for. They have very clearly dedicated their lives to this rare condition and do everything they can do to raise awareness (fundraising for our very valued annual Narcolepsy fun day) and try to improve the quality of lives of the children with Narcolepsy.”

Another parent said: “Heather and her team work tirelessly to give all the children in their care the very best chance of living as normal a life as they can with Narcolepsy and Cataplexy. Without their care I really don’t think my daughter would be here today. Heather listens and tries to understand the difficulties of day today life and does her best to make sure she offers a solution to the problem.”

The 2020 awards, sponsored by NHS Professionals, is a chance to recognise and celebrate the care provided to children by individuals and teams in 2019.

CEO of NHS Professionals Nicola McQueen: “I am delighted that NHS Professionals is supporting the Star Awards again. This event is a fantastic way to recognise all the exceptional staff who have gone the extra mile in supporting and caring for children and young people locally, nationally and internationally.”