Prescribing changes could save NHS £569 million 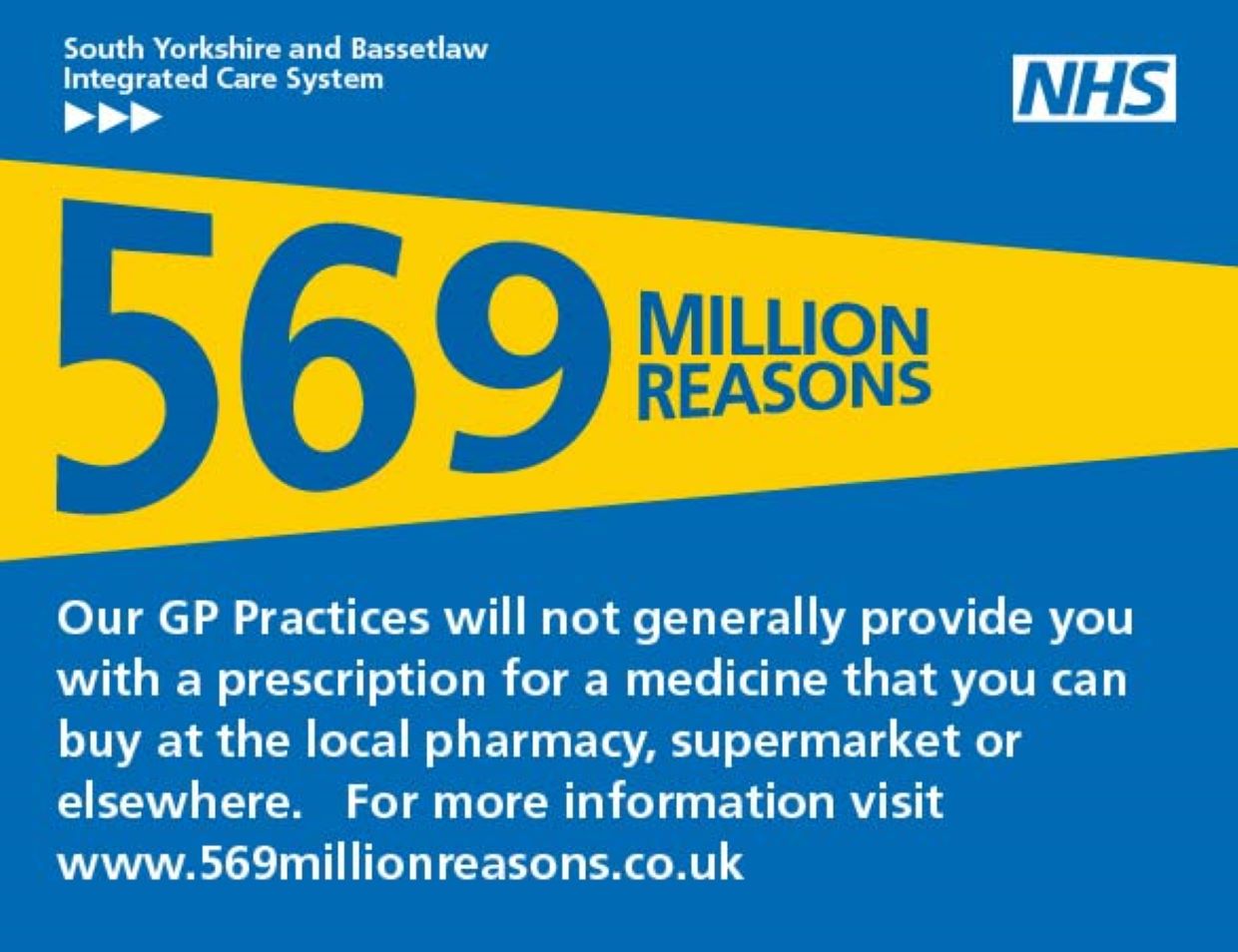 NHS organisations in South Yorkshire and Bassetlaw are asking local people to help them save a share of £569 million.

The NHS can spend as much as £569 million in a year prescribing medicines that can be bought from high street pharmacies, supermarkets and even petrol stations. These are called over the counter medicines and are generally used at home to treat minor and common illnesses and conditions that don’t need the attention of a doctor.

A recent survey undertaken by the South Yorkshire and Bassetlaw Integrated Care System showed that over 80% of people would be happy to buy their medication over the counter, rather than use a NHS prescription for their minor illness.

The key message in the campaign is that medicines that are available to buy over the counter will not generally be prescribed by GPs and other prescribers across South Yorkshire and Bassetlaw.

Pharmacist Rob Wise, who is leading the campaign across Sheffield, Doncaster, Barnsley, Rotherham and Bassetlaw said:

“Every £1million saved could pay for 39 more community nurses; 270 more hip replacements or 66 more courses of drug treatment for breast cancer. By saving money on prescriptions for medicines that people can buy for themselves, and which are often cheaper over the counter than the prescription charge, we can invest in more of the services and treatments that people need.”

More information about the savings programme is available online and from GP practices.

More information about the campaign, including the independent survey report, is available online at www.569millionreasons.co.uk.

In early 2018 NHS England carried out a public consultation on reducing prescribing of over the counter (OTC) medicines for minor, short-term health concerns which could save the NHS high costs and encourage more people to self-care. The NHS is taking this action to make the policy clear and fair across the country – no postcode lottery for over the counter medications.