Support in the Aftermath of Suicide 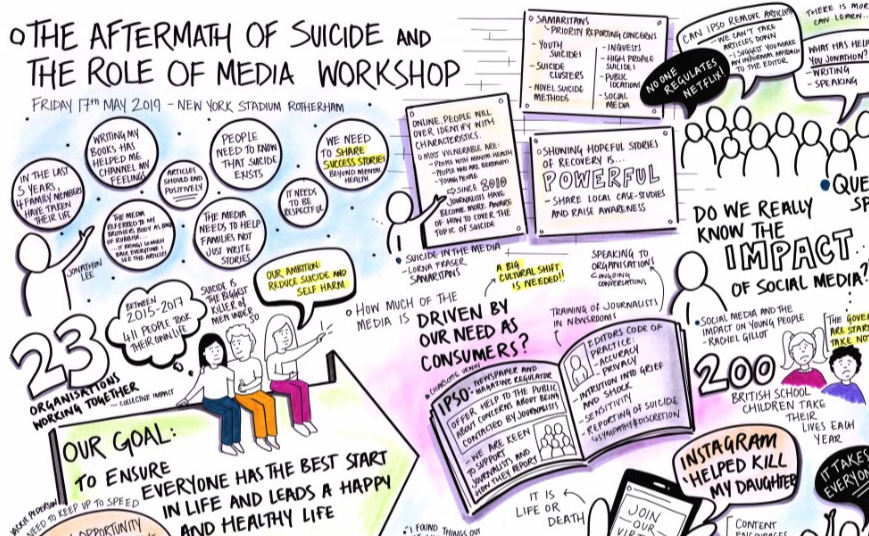 There are many elements of bereavement following a suicide which make it particularly traumatic. Suicide is often sudden and can take family members and loved ones by surprise. Those bereaved by suicide can also find themselves wondering whether they could have done more to prevent their loved one’s death leading to feelings of guilt. Feelings of anger can often also surface because the death was brought about deliberately and historical stigma around suicide can make those bereaved reluctant to discuss what has happened and how they feel.

These specific features of a bereavement by suicide, which differentiate it from other deaths means support given to those who have recently lost a family member or close friend through suicide should be specific and adapted to meet their needs.

Those bereaved by suicide are directed to local support services and to useful resources such as the Help is at Hand leaflet.

The Suicide Prevention Strategy for England, published in 2012, says; “Effective and timely emotional and practical support for families bereaved or affected by suicide is essential to help the grieving process, prevent further or longer-term emotional distress and support recovery.”

In the wake of a suicide there are other elements which can contribute to the distress of families and loved ones at a difficult time. Unwanted media attention and its reporting is one such element. Furthermore, substantial evidence exists that where too much detail is published about a method of suicide, or if the coverage is widespread and/or written in a sensational manner this can encourage suicidal behaviour among those who may be vulnerable. There is also evidence that shows stories of hope and recovery can be positive for vulnerable people.

It is with this in mind as well as South Yorkshire and Bassetlaw Integrated Care System’s ambition to reduce the rate of suicide in the region by 10 per cent that we held the Aftermath of Suicide and the Role of the Media event in collaboration with local partner organisations.

The event was attended by over 80 people, including representatives from the local media, voluntary sector, the police, prison services and the NHS. Presentations were given by The Independent Press Standards Organisation (IPSO), The Samaritans and local author and suicide campaigner Jonathan Lee. The presentations then instigating discussion among the attendees about how the reporting of suicide can affect families and, in some cases, work counter to the efforts being made to prevent future suicides.

Video testimony was also given by South Yorkshire and Bassetlaw families who had been bereaved by suicide. They spoke about the effects of losing a family member or friend to suicide and recounted their positive and negative experiences of local press interest and reporting.

“The event was very well received with everyone in the room recognising the importance of supporting vulnerable people in order to prevent suicide and self harm in the region where possible.

“Health and Care organisations must work in partnership with the police, voluntary sector and the media, to effectively reduce rates of suicide and self harm.”

Listen to what families say about losing a loved one to suicide:

Listen to Barnsley Author Jonathan Lee speak about his experience, dealing with a suicide in his family:

Those who attended the event gave their thoughts.

Please find below the slides from the presentations on the day.

Final event slides
« Return to Latest news
There was a problem retreving the tweets: